One common criticism of billionaire businessman and President-elect Donald Trump is that he far too often speaks in vague generalities and rarely offers specifics about where he stands on the issues.

That is no longer the case, at least regarding his stance on gun rights and the Second Amendment, after Trump released his official policy position on his campaign website.

“The Second Amendment to our Constitution is clear. The right of the people to keep and bear Arms shall not be infringed upon. Period,” the position paper began.

Trump went on to explain that the right to keep and bear arms is a right that pre-exists both the government and the Constitution, noting that government didn’t create the right, nor can it take it away.

He also rightly denoted the Second Amendment as “America’s first freedom,” pointing out that it helps protect all of the other rights we hold dear.

In order to protect and defend that right, Trump proposed tougher enforcement of laws that are already on the books, rather than adding new gun control laws.

Citing a successful program in Richmond, Virginia, that sentenced gun criminals to mandatory minimum five-year sentences in federal prison, Trump noted that crime rates will fall dramatically when criminals are taken off the streets for lengthy periods of time.

Trump also proposed strengthening and expanding laws allowing law-abiding gun owners to defend themselves from criminals using their own guns, without fear of repercussion from the government.

Noting that many of the recent high-profile shooters had clear mental problems that should have been addressed, Trump proposed fixing our nation’s broken mental health system by increasing treatment opportunities for the non-violent mentally ill, but removing from the streets those people who pose a danger to themselves and others.

Trump would do away with pointless and ineffective gun and magazine bans and suggested fixing the current background check system already in place, rather than expanding a broken system.

carry reciprocity law that would compel states to recognize the concealed carry permits of any other state, exactly as drivers licenses from anywhere are accepted by all states today.

Finally, Trump would lift the prohibition on military members carrying weapons on military bases and in recruiting centers, allowing trained military members to carry weapons to protect themselves from attacks by terrorists, criminals and the mentally unstable, as we have seen recently.

Trump’s bold and fearless defense of the Second Amendment earned him the coveted endorsement of the National Rifle Association. His warning that Hillary Clinton wanted to “abolish the Second Amendment” sounded the alarm to millions of Constitution-loving patriots who wanted their rights protected.Those who cherish our right to keep and bear arms should be pleased by Trump’s stated position on the Second Amendment.

Of course, liberal anti-gunners will hate this.

But their opinion on the matter is of little concern to us “people of the gun,” of which Donald Trump is apparently one.

This was one more good reason we voted for Trump. And who cares what these anti-gun people think. The 2nd Amendment is clear, “shall not be infringed”.
Source

St. Louis Gun Rights Examiner first mentioned Mary Shepard more than two years ago , as her court testimony helped pave the way for Illinois’ eventual repeal of its state-mandated defenselessness policies . In 2009, Ms. Shepard and an elderly female co-worker were working at the First Baptist Church, in Anna, Illinois, when a huge, recently paroled felon attempted to burglarize the church, and finding the two women there, savagely beat them and left them for dead.

Ms. Shepard, licensed to carry a defensive firearm in 31 other states, but not the one in which she lives and pays taxes, was thus left with no effective defense against the hulking Willis Bates. That denial of her right to self-defense very nearly cost her and her co-worker their lives .

With the inexcusable wrong of Illinois’ self-defense ban now righted (well, nine months from now, really, thanks to the Illinois State Police and a federal judge ), Ms. Shepard will no longer be compelled by law to be the next Willis Bates’ victim.

Illinois lawmakers who last month beat a court-imposed deadline to allow concealed weapons in public left out something a suburban Chicago legislator now wants to change: A ban on firearms in places of worship.

Democratic state Sen. Dan Kotowski, a former gun-control lobbyist from Park Ridge, is drawing fire from some ministers after introducing an amendment in mid-July to add churches, synagogues and mosques to the list of places forbidden for concealed carry .

Keep in mind that the new Illinois law to which Kotowski objects so shrilly will not force any church to allow congregates and church personnel to have the means to defend themselves–the church is free to ban guns if it wishes (how banning guns is supposed to stop someone bent on evil from bringing one in anyway is not mentioned, and is a topic for another day). No–what Kotowski demands is that churches have no say in the matter–guns are to be banned no matter what.

“There are certain places where guns should be off-limits. Churches, as sanctuaries, are among them,” Kotowski told The Associated Press this week, stressing that the ministers he consulted “believe that when you go into a house of worship you’re going in to pray, reflect and make the most of this period of silence.”

As Kotowski attempts to impose his version of spirituality on every church, synagogue and mosque in Illinois, one could argue that he is attacking the First Amendment, along with the Second–we’ve seen this kind of thing before .

More to the current point, a “sanctuary” is, of course, no sanctuary at all if it cannot be defended. The loved ones of Pastor Fred Winters, gunned down in the Maryville, IL First Baptist Church in 2009, by a Lyme Disease-addled Terry Sedlacek, know that well. So does Ms. Shepard, of course, who was also attacked when Illinois churches were “gun free zones,” as Kotwoski wants them to be again.

Ms. Shepard, through her incredible strength and courage , has won the state’s recognition of her fundamental human right of self-defense, in church and out. Kotowski is trying to take that away from her. He stands with the future Willis Bates and Terry Sedlaceks of Illinois, and against their intended victims.

How can this Senator look at this woman’s face and have no compassion? He is so much of a gun control freak, he’d rather see this woman beaten or dead.  Of course we all know here that gun control just emboldens the criminals, who never give up their guns and the crime rate rises. But no one from the loony left tells people these facts. All we hear from the left that by banning guns we will be safer. Right, and I’ve got reindeer dancing on my roof at Christmas.

When then Illinois Senator Obama was there, he introduced a bill to ban all guns in the State of Illinois. Good thing that bill never passed.  This is one reason I would never vote for him back in 2008.  It was on his record for anyone to see if they had looked it up. This and his bill introduced to permit killing babies were two big red flags. Look what we’ve got now, the biggest fight on our hands to keep our God given rights to defend ourselves under the 2nd Amendment. 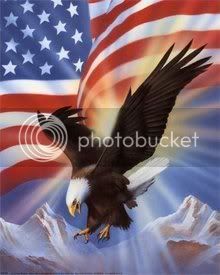